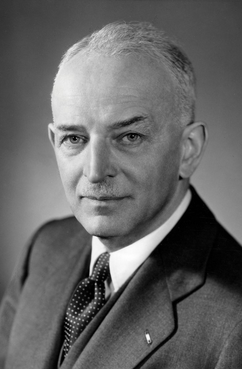 William Rossi is Professor Emeritus of Entrepreneurship at the University of Florida, having taught at both in the undergraduate and graduate Entrepreneurship Program there for 15 years.  Prior to teaching, Professor Rossi initially held several senior level positions with Ford, Goodrich and Picker International.  After relocating to Florida in 1986, Rossi worked in executive management positions in smaller entrepreneurial companies and was a principal in several.  Rossi holds a Master of Science degree in Operations Research from the University of Massachusetts and an undergraduate degree in mechanical and industrial engineering from Ohio University

A famous quote by George Doriot, who started one of the first venture capital funds in 1946, still resonates very strongly with me today.  He said: …any day of the week I’ll take an A-Team with a B-idea over a B-team with an A-idea.  Doriot essentially was saying that a strong A-type team can take a mediocre idea and make it successful.  A less strong B-type team can take an absolutely sterling opportunity and end up with nothing.  Great companies don’t just happen; they are created by great people.  In the end, it’s people that make a business happen … or not.

How do you create that great team?  While there are many tools to build and nurture a strong team, it all starts by hiring well.  Hiring well is a process, and that process is framed by four key notions.

Hire up.  Surround yourself with winners.  A-type leaders, confident in their abilities, strive to find and hire A+ people.  B-type leaders, frequently less confident in their abilities, look for C+ people so that their subordinates don’t overshadow them.  Hiring managers often operate with a misperception of how they are viewed, measured and compensated by their superiors.   Remember that your performance as a leader has little to do with how your superiors perceive you relative to your subordinates, and much more to do with the results produced for the enterprise by your organization.

Add thinking diversity.  Hiring managers often make the mistake of concluding that an organization’s cultural fabric is compromised by diversity of thinking within the organization.  Quite the opposite is, in fact, true.  Psychologically mixing and matching thinking types within the group, linear thinkers with creative thinkers with visionaries, actually enhances a culture where team members challenge, complement and respect each other.  To do otherwise will likely lead to a monolithic organization where group-think is the norm, few new ideas ever are challenged and the prospect for creative, new solutions to problems seldom ever is the result.

Hire rebels.  When considering a new hire, too many managers shy away from prospects that have a propensity to either push-back on or question the traditional way things are done, particularly the way they are done in the hiring organization.  As a species, hiring managers tend to prefer prospects that agree with, and don’t question, them.  We typically call these yes people.  While it may be comfortable for the manager to have all subordinates agree with him and his ideas and approaches, it’s very unhealthy for the overall organization.  In fact, it’s rather incestuous.  It is much more productive to populate your organization with people who tend to challenge the status quo, challenge you as the manager, and who suggest and work hard to make the case for alternative solutions.  It is simply not possible that the boss is the only one who has all the good ideas, the right ideas, and the most effective way of solving problems.  The best managers want people in their organizations who challenge them, challenge each other and precipitate dialog within the group oriented to producing the best solution.  When I left grad school and started my first job, my manager had a sign on his door that read: Always Look for the Other Right Answer.  I’ve remembered that quote and emulated its meaning throughout my life.  He didn’t want people who agreed with him; he wanted people who disagreed with him.

Aim high, but reasonably.  Turnover in any organization is expensive.  The hiring and training expense is lost.  People within the organization can become complacent, and the culture can be jeopardized.  A weak team hire that has to be changed is by far worse than an open position.  So, aim high while being reasonable when considering the hire of a new team member, and don’t compromise.

As a consultant, he believes in entrepreneurship and like to hear and tell their stories, because stories can have a very special healing power on organization and can make business growing. In more than 20years of activity, he listened with his partners to a lot of interesting ones. In this way he was able to effectively help hundreds of firms and startups in Italy and abroad.
As a teacher, he believes in men,and for more than 15 years tried to help many of them developing their full potential, transforming their stories into value, their mistakes into opportunities.
As a blogger, he believes in simple and fair communication, therefore he called his project the Naked Pither.
As a writer, he likes writing about strategy and about literature, most of tthe times both things combined. Because he believes that communication is just one: simple, direct and clear
As a man, he believes in the importance of culture and heritage in daily life and in business, and of taking the best that every culture can offer, staying always open for possible improvements. Mediteranean Sea can teach us a lot about that.
His books are listed in the “info” page of this blog.