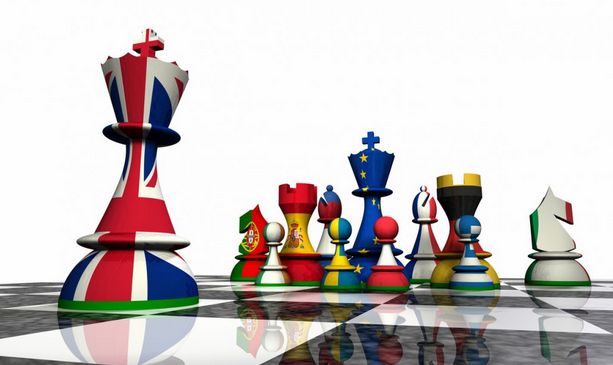 The business of writing books and papers about the subject labelled as “Corporate Diplomacy” is growing. Mainly they consist in a collection of generic and sometimes chaotic indications in order to grasp the new role that brands should play facing the challenges of changes, sometimes defined as catastrophic, imposed by globalization.

The standard topic is that companies, of every order and size, cannot avoid confronting themselves with international diplomacy and that they must take a sort of diplomatic standing in the social, environmental, and even political fields. In short, corporate diplomacy is exalted as a sort of cure-all for the social and environmental issues of the world, a breath of fresh air able to revitalize the archaic and inefficient diplomacy of the national states.

The general impression that is derived from the reading of such articles/books is that one is faced with the usual crude and repetitive ritual aimed, from time to time, at repainting/refreshing the conceptual facade of the strategic management “building” of a different color without however proposing any consistent or structural change or even suggesting new ideas.  It looks like corporate diplomacy is no more that some intriguing words, highlighting their uncertain conceptual consistency.

And yet there would be a need for new ideas, certainly, especially in the case of of the imminent and unspecified “cultural apocalypses” that await us.

Instead the well-known cases sometimes highlighted as examples of good/bed application of corporate diplomacy, and that concern f.i.companies like Starbucks, Dolce and Gabbana (f.i. the China-issue) etc, narrate situations of corporates in troubles with relationship with some of their stakeholders where in all probability it would have been much better to leverage existing categories, rather than blurring the minds of managers any further.

What indeed would differentiate the so called corporate diplomacy from the already existing (and still little used/adopted by so many companies) corporate social responsibility?

In this field, yes, there would be a need of some choral international action, aimed at defining some truly pervasive standards, unitary and in some cases even mandatory, of “non-financial reporting”, thanks to which the social/environmental balance sheets of companies could be improved, clearer, comparable and communicable outside. But this requires a real and sometimes unpopular commitment, as we know, where the effort lies not in imposing the “thinking of the brand” but to deeply discuss ethical problems and environmental issues with a common global approach between companies belonging to different geopolitical and social contexts, and with non-homogeneous and sometimes conflicting values and cultural paradigms.

The same is true for the evanescent proposed difference between corporate “diplomacy” and the already existing (and effective) techniques and themes of lobbying and public affairs, that can rely on a much more consistent and scientific framework, from all points of view, both practical and theoretical.

What need is there for other concepts?

The behaviour of a company in a crisis situation is, or should be, regulated by communication techniques, crisis management and business continuity management: that these techniques and processes are currently well known and / or well applied by all companies is certainly an issue, but there is no particular need for adopting new categories.

On the other hand, there is a slight taste of ethical relativism that blows through the pages dedicated to corporate diplomacy.

a) concentrate (temporarily) on an issue (whatever you want, as long as it sounds interesting and it suits the business and is connected to your mission;

​b) influence on the same theme as much people you can on the globe regardless of the consistence of facts, but only on the basis of consumer’s emotionality, experience and perception: stakeholders, according to this vision, in the end do not exist, there is only a global audience there at firm’s disposal to be passively influenced by its communication techniques

c)when you have finished/you are satisfied with the results leave the topic and move on to something else.

This is probably the perfect recipe for a disaster.

Hopefully, companies would need just the opposite, f.i. studies and ideas aimed at characterizing organizations on the basis of a long-term, sustainable and consistent value system, deeply connected with real social and environmental needs of their communities and on a solid stakeholder dialogue.

This dialogue, as the principles of social responsibility clearly indicate, should always begin and end with people, however aggregated/represented.

This means that stakeholder should always come first and not the problems, as those are always defined in close relationship with the necessities/priorities and values of the former ones.

As a consultant, he believes in entrepreneurship and like to hear and tell their stories, because stories can have a very special healing power on organization and can make business growing. In more than 20years of activity, he listened with his partners to a lot of interesting ones. In this way he was able to effectively help hundreds of firms and startups in Italy and abroad.
As a teacher, he believes in men,and for more than 15 years tried to help many of them developing their full potential, transforming their stories into value, their mistakes into opportunities.
As a blogger, he believes in simple and fair communication, therefore he called his project the Naked Pither.
As a writer, he likes writing about strategy and about literature, most of tthe times both things combined. Because he believes that communication is just one: simple, direct and clear
As a man, he believes in the importance of culture and heritage in daily life and in business, and of taking the best that every culture can offer, staying always open for possible improvements. Mediteranean Sea can teach us a lot about that.
His books are listed in the “info” page of this blog.